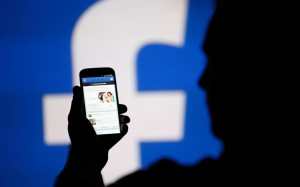 Here’s a study on news consumption in social media spaces that is worth highlighting, published in the Proceedings of the National Academy of Sciences in the U.S. in March 2017 (too late for inclusion in our book, unfortunately). This was a study that analyzed the news consumption patterns of 376 million Facebook users over 6 years and found that social media practices are indeed changing the ways that we get informed. The study looked at how people interacted with 920 news outlets from around the world, and found that most people confine their attention to only a few pages within what the researchers determined was one of five news communities, thus affirming “strong user polarization.” All of the data for this study and its analysis were gathered and performed using the Facebook graph application programming interface, which is publicly available.  Because the data were preexisting, the authors did not seek ethical approval for the gathering or analyzing of the data and abided by Facebook’s privacy guidelines. The project was funded by the EU Future and Emerging Technologies Multiplex Project by scholars at the University of Venice’s Department of Environmental Science, Computer Science, and Statistics.

Basically, this is providing empirical data to support the selection bias that Facebook and other social media platforms reinforce. People tend to find information that confirms their view of the world.

The question, then, is this: what happens when Facebook, which has clearly come to play an important role in news distribution, is not required to abide by the rules that govern other news distribution systems? What are we to do when we as a public learn that Facebook can accept $100,000 for advertisements that convey false information and that have been purchased by fake accounts associated with a Russian troll operation? The problem with this lack of transparency regarding the purchase of the means to distribute false information, as Sunlight Foundation deputy director Alex Howard says, is that “It removes our ability to have transparency into who is trying to influence our politics, and any accountability for that influence.” He continues: “And it takes away from the capacity of the traditional organs of democracy — that being the press and regulators and other institutions — to figure out who is behind political messaging, particularly at crucial times,” as quoted in an article by Craig Silverman in Buzzfeed. Howard argues that Facebook should have to disclose the same level of information about political ad buys that television and radio stations are required to do.

To me, this seems like it should be an easy argument. Who would be against greater transparency in how ads are bought and sold, as such information might bring attention to those who seek to manipulate public opinion in order to win elections? And yet, when I looked at Buzzfeed’s Outside Your Bubble feature for the Silverman story, critics raised points that seemed to question regulation. On the one hand, some expressed deep distrust in the ability of the U.S. government to regulate effectively (this is a skepticism I don’t share, probably because I know my fair share of government bureaucrats in EPA and in health care who actively work to pursue the interests of the public and to put a check on the interests of the powerful few). On the other hand, there was what I’d call the neoliberal response: leave it up to schools to educate young people about fake news (I do think this is important, but not enough on its own). And perhaps most cynically, some said such regulations wouldn’t go far enough, because donors can still hide how they’re spending their money and there would remain a lot we wouldn’t know and couldn’t address (the most ominous, but insightful, of the critiques, I think).

I think Siva Vaidhyanathan said it best in his op-ed in the New York Times: “we are in a worldwide, internet-based assault on democracy.”  Facebook is undermining democracy in the way that it has been allowed to sell ads in a way that does not differentiate between the hawking of pharmaceuticals and the hawking of politically influential and appealing falsehoods.  They have not had to abide by political advertisement disclosure rules because they, and their legions of lobbyists, have claimed that they are a “platform” rather than a media company. But we have to start approaching Facebook as an international media company that is a public utility. It’s a new kind of entity that requires transnational oversight. We need new models for this kind of governance, to be sure. But if this last election is a sign of things to come without regulation, and many think it is, then we’d better get to work on this.