2. Most people under 40 consider news to be impractical, inconvenient, environmentally unfriendly and boring. (Shorenstein Ctr on the Press, Politics & Public Policy 2007)

4. Half of people surveyed say that they consider themselves “news grazers” who check news occasionally but not according to any particular pattern (Pew Ctr for People & the Press 2010)

5. It could be that young people are reluctant to share politically oriented news on social network sites (Thorson 2014)

And then, the good news: 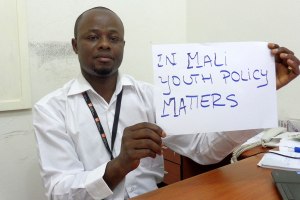 1. More than ever before, schools, community, and even public international organizations like the United Nations are seeing the value in establishing and maintaining youth programs that work to ensure media competence (including the ability to both critique and to create media).

3. Youth are involved in numerous political protests around the world and at least some young people in Hong Kong, Spain, Greece, and the United States are demonstrating as part of a desire for more participation in democratic governance.

4. Community organizations are in some places filling the gaps left as for-profit journalism struggles more than ever before to reach the growing majority-minority communities with information they need for participation in self-governance.

In other ways, today’s media industries are more centralized and concentrated than ever before.

There is little doubt that our ideas of community, information, and value are all undergoing change. What kinds of digital media competence are needed to navigate this environment? How can young people learn to be critics and participants in the forms of storytelling that are emerging?  How can young people whose communities have often felt underserved by profit-driven news media find ways to connect with one another, using social media resources to become members of publics and counter-publics that can effect the positive changes they wish to see in the world?